Wall Street Prepares for a Biden Victory, Higher Taxes and All

“I’m shocked, shocked!” Captain Renault’s famous line from Casablanca immediately came to mind as I read the New York Times’ account of Trump administration officials privately sharing concerns about the spread of coronavirus with some well-heeled investors on Feb. 24, while the president and his advisers were declaring publicly that Covid-19 was contained.

It’s not just that it had already been disclosed that, in recorded conversations for Bob Woodward’s book Rage, President Donald Trump had admitted to serious worries about the virus, which he said he was “downplaying” to avoid panicking the public. Dissembling when things aren’t going well is hardly unique to this administration. The old joke about lawyers applies equally to politicians: How do know when they’re lying? When their lips move.

More to the point, red flags about the coronavirus’ threat to the global economy already were flying by the time of the Feb. 24 meeting cited by the Times. On Jan. 31—which now seems like years ago—J.P. Morgan had published a warning of the risks the pandemic posed to the markets, with Democratic primaries about to get under way. That followed by a week an article in the British medical journal The Lancet, “A Novel Coronavirus Outbreak of Global Concern.” And in a Feb. 3 interview with CNBC, hedge fund titan David Tepper had said the virus had caused him to reverse a bullish stance he’d voiced two weeks earlier.

To be sure, not everyone was convinced. A report from a prominent institutional broker (name withheld to protect the guilty) professed on Feb. 20 that the hit from Covid-19 “may already be old news,” and that a V-shape recovery was “merely a matter of time.” That call was early, which on Wall Street is wrong. That V recovery did materialize in the third quarter (data due to be reported in a couple of weeks), but only after an annualized 31.7% collapse—the worst in U.S. history—in U.S. gross domestic product in the second quarter.

Whatever warning it might have gotten from the Trump team, Wall Street is lining up solidly behind Joe Biden, based on campaign contributions. But Greg Valliere, chief U.S. strategist for AGF Investments, advises financial types to be careful of what they wish for. “Some analysts say it’s simply a matter of backing a winner; others say a Biden presidency would be more stable and predictable, with a moderate trade policy and a huge stimulus in early 2021. But that seemingly overlooks the looming tax hikes,” he warns in a client note, with the last sentence emphasized in boldface italics.

Various projections point to a significant possible economic slowdown in 2022 when Biden tax increases would be expected to hit, he continues. A Democratic administration probably would defer tax hikes while the economy still looks weak, “but the big economic impact would come in 2022, after the stimulus sugar high has receded,” Valliere adds.

Corporate taxes would see the biggest impact, rising to 28% from 21%, with a 15% minimum tax and other business levies under the Biden plan. Individuals making over $400,000 would see significant tax hits, with wealthy Americans also facing increased estate and Social Security levies and caps on itemized deductions. Biden also has proposed taxing capital gains as ordinary income for high earners, a “huge factor that could lead to cashing in gains before the effective date,” Valliere writes. This all presumes that a Blue Wave sweeps Democrats into control of the Senate, along with the House of Representatives.

Under this scenario, the one winner could be municipal bonds. Dan Clifton, head of Strategas Research’s Washington, D.C., team, writes in a client note that a Democratic win could increase federal funding for state budgets and Medicaid, and eliminate the cap on state and local tax deductions, while boosting taxes and so increasing tax-exempt munis’ attractions. He further points out that the relative performance of shares of muni-bond insurer Assured Guaranty (ticker: AGO) have tracked the betting odds of a Democratic sweep. Both have improved in the past month.

Please complete the fields below and our customer service team will get back to you shortly.

Please complete the fields below in order to receive our newsletter 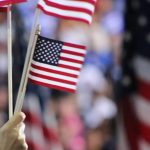 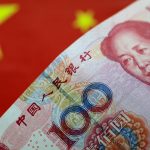